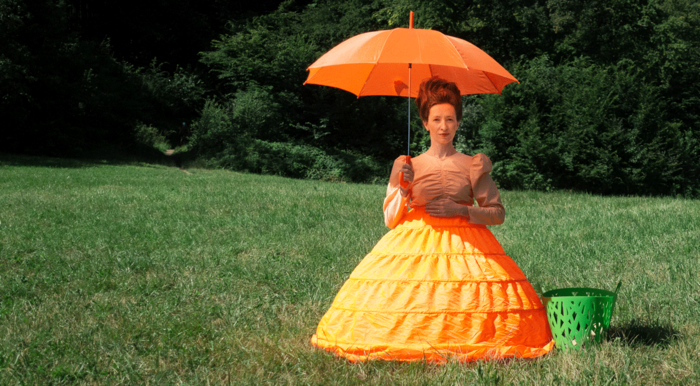 After the End and Before the Beginning

After the final credits of a film or the end of a play or a book, don’t you sometimes wonder how the story continues, what happens next in the lives of the protagonists? Or how they lived before it began? After the End and Before the Beginning is a fictional continuation of both the ‘before’ and the ‘after’ of nine iconic characters from classic plays.

They get, one after the other, into a taxi and, while driving through the city, chat with the driver. Hamlet, an experimental film maker, is going to his father’s funeral. Nora, an up-and-coming politician, is on her way to a TV interview where she plans to inform her constituents that she has left her husband and children. Woyzeck is returning from the burial of Marie and is looking for a restaurant. Lady Macbeth has just bumped off another enemy and is explaining the finer points of the art of murder to the taxi driver. After a lousy date, Blanche DuBois just wants to drive aimlessly around town. Olga has just returned from Moscow on a cheap flight, a city she had long wanted to visit. The linguist Eliza Doolittle is on her way to a lecture on the usage of language. Winnie is enjoying her weekly drive through nature. The wealthy, highly-respected old lady Claire Zachanassian is participating in an internet series.

After the End and Before the Beginning comprises nine short films presented in the form of a multiscreen video installation. Visitors decide which character and which story they want to follow. Each station features a presentation design inspired by old movie theatres, which creates an atmospheric context and a connection with the space of and the works held by the Theatermuseum and the Picture Gallery of the Academy of Fine Arts Vienna.

toxic dreams was founded in 1997 by Kornelia Kilga (producer) and Yosi Wanunu (director and author). Since then, the group has realized around eighty in-house productions. toxic dreams uses a collaborative aesthetic and a formal process comprising multi-year work-cycles to produce multi-varied formats. The current cycle focuses on the role of narration and narrative between the poles of truth and fiction. Most recent productions: The Deadpan Dynamites – The Art of the Gag; The Bruno Kreisky Lookalike Epis. 1–10; You Toxic Tube; The Art of Asking Your Boss for a Raise

An event programme will accompany the presentation.

Trailer for the video installation