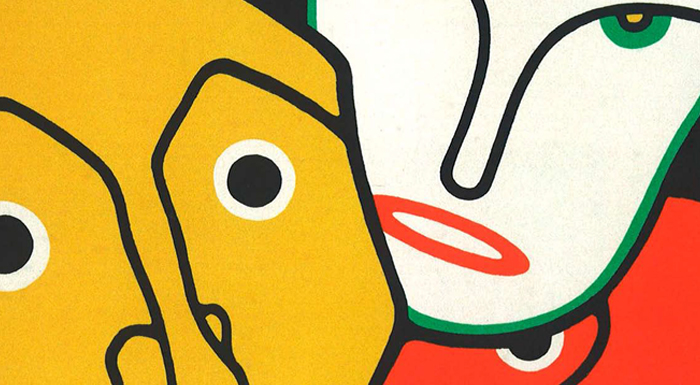 A Gesamtkunstwerk by the Wiener Werkstätte

The “Wiener Werkstätte”, founded in 1913 and informed by the ideals of the Vienna Secession, was a congenial combination of innovative, avant-garde artists and a brave businessman. With their bold lifestyle-products its founders, the architect Josef Hoffmann, the painter Koloman Moser and the financier Fritz Waerndorfer, in collaboration with the artists they employed, were able to revolutionize a society still very much in thrall to nineteenth-century Historicism. As part of their endeavors to change their aesthetic surroundings the „Wiener Werkstätte“ soon also focused on the theatre. Their immense drive for reforms freed a creative potential that sought increasingly complex challenges.
Setting-up and running their own theatre seemed the fulfillment of their aspiration to realize the idea of a Gesamtkunstwerk, a total work of art. However, their vision of theatre was quite different from Wagner’s, for whom theatre was something hallowed and full of pathos. Instead they aimed for a lighter touch like the fleeting synaesthetic impressions experienced during a walk through a big city. They thus turned to cabaret with its lack of respect and traditions, and its ability to imitate and subvert – a modern type of theatre created in the metropolis of Paris.
In 1907 the „Wiener Werkstätte“ founded the „Theatre and Cabaret Fledermaus“. They were responsible for everything: financing, the program and, perhaps most important of all, the adaptation into a theatre-hall of an underground location in the cellar of a large block of flats on Kärntner Strasse in central Vienna. Josef Hoffmann endowed this space with great nobility; he also added a bar whose extravagant decorations were to become a signet of ultra-modern urbanity. During its two years at the helm, the “Wiener Werkstätte” created a truly unique style.
The collaboration on stage-design and costumes of such celebrated artists as Josef Hoffmann, Bertold Löffler, Carl Otto Czeschka, Fritz Zeymer, Eduard Josef Wimmer-Wisgrill or Alfred Roller, of such literary greats and masters of the aphorism as Egon Friedell, Alfred Polgar, Peter Altenberg, Roda Roda or Heinz Ewers, to name but a few, of such outstanding popular musicians as Konrad Scherber or Hannes Ruch, of such legendary singers and chansonniers as Marya Delvard, Mimi Marlow, Mela Mars, Marc Henry and Carl Hollitzer, as well as of innovative dancers like Grete Wiesenthal and her sisters, Gertrude Barrison, Miss Macara and many others – all of these and the young Oskar Kokoschka, who chose a sensationally early-expressionist route for two programs he devised for the “Fledermaus”, played midwife to the birth of a totally novel form of theatre born of the ideas of the “Wiener Werkstätte”.
The few years between autumn 1909 and spring 1913 were marked by a succession of owners who attempted - some with more, some with less success - to maintain the high artistic level of the „Fledermaus“.

October 19, 2007 marked the centenary of the founding of the cabaret. This inspired an ambitious exhibition project dedicated to the whole phenomenon of the “Cabaret Fledermaus” – the first such comprehensive exhibition. With the help of the Austrian National Bank’s Jubilee Fund the exhibition tells not only the story of the “Cabaret Fledermaus” but also what led to its foundation, a story that is fascinating both in the context of the history of theatre and of cultural history. The scholars and experts on theatre, music, dance, art, literature and economics involved in this project were able to discover a wealth of new or unknown artistic material and documents relating to the “Fledermaus”.
It is the exhibition’s stated aim to document as comprehensively as possible the aesthetically precious and highly-stylized cosmos that was the “Fledermaus Cabaret”.
Barbara Lesák is the curator of the exhibition, which is accompanied by an exhaustive catalogue that includes, among many other things, a clearly documented chronology of all the performances put on at the “Fledermaus”. 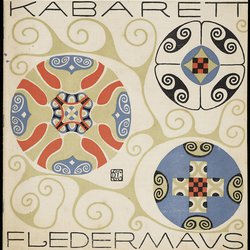 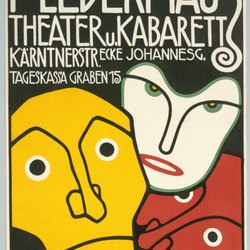 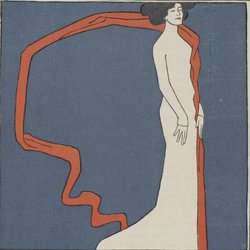 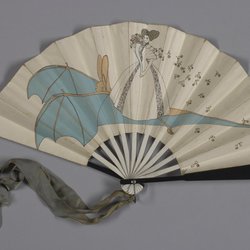 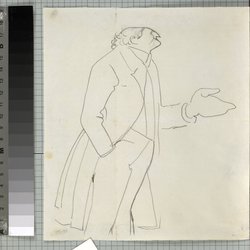 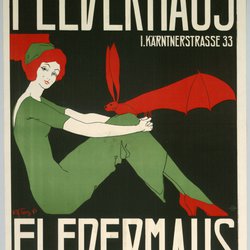 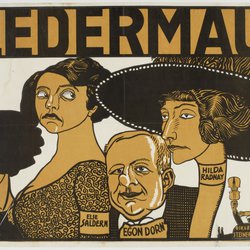 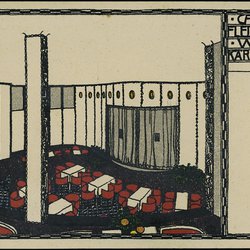 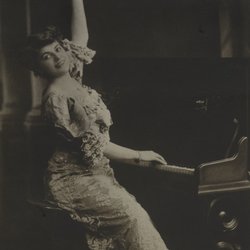 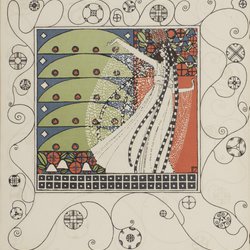 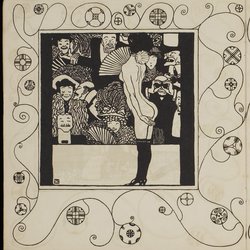 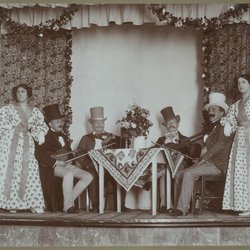 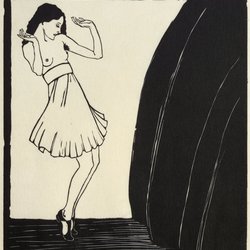