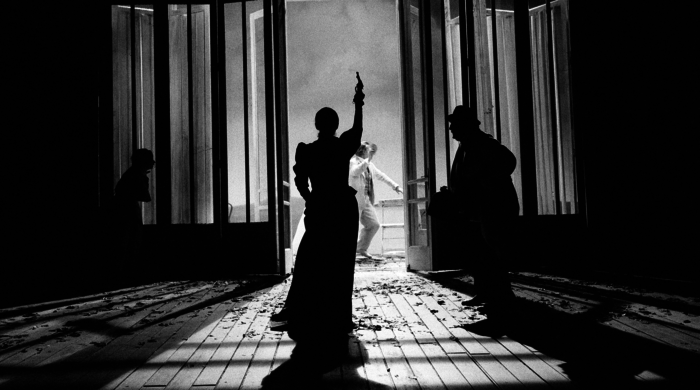 The exhibition at the Theatermuseum presents Christine de Grancy’s photographs of actors from the 1970s through the 1990s. In her varied œuvre she focuses on what is not immediately apparent. The photographer-artist was first engaged by the Burgtheater during the tenure of director Achim Benning (1976-1986), documenting with her camera legendary productions as well as the ensemble at work during rehearsals and performances in Vienna and abroad.

For this exhibition Christine de Grancy selected around 400 photographs from her extensive archive that invite visitors to either meet once more or discover many famous Austrian actors, including Erika Pluhar, a close friend of the photographer’s. Her subjects are shown both in moments of high tension in their role and in quiet moments backstage.

"Focused, patient, I wait for the moment when the actors find themselves completely in their role. Then I am in my role, then condensation can succeed in that moment." - Christine de Grancy

“Please touch” is the motto of the in parts picture-book-like installation. Visitors are expressly invited to leaf through the “floating” photographs suspended from steel ropes and to recall and exchange
memories.

Born in Brno in 1942, Christine de Grancy began working as a graphic designer and art director in advertising agencies around the globe in 1963, since 1975 she focused increasingly on artistic photography.

Until today, the artist sees her work as an attempt to create a living connection with her sitters, to facilitate the authentic between people. Christine de Grancy‘s aim is to get close to her sitters but never so close as to offend.

Christine de Grancy’s picture stories speak for themselves - and some of the actors literally speak to the audience.

Thanks to a number of life recordings from premieres, visitors can experience the magical atmosphere on stage. 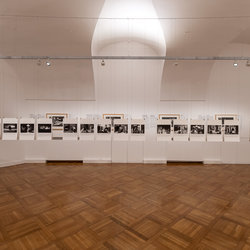 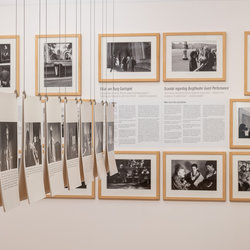 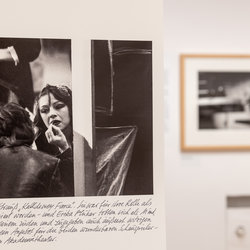 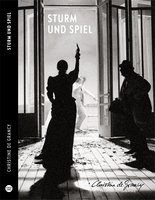