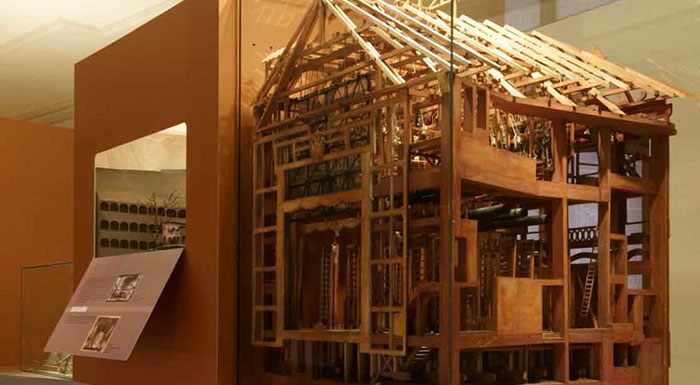 Over the centuries different types of stages and auditoria have been devised. Each period and world view influenced and affected the role and appearance of theatre spaces: in the Middle Ages sacred and profane locations served as the stage for both actors and audience. The nave of a church or the town’s central square were the different locations between which both audience and actors moved, following what was most commonly a liturgical performance (simultaneous staging).In the Renaissance and the Baroque rulers, noble families or wealthy merchants and town councilors commissioned impressive buildings for theatre performances to enhance their status and document their power. Now the proscenium separates the auditorium from the stage. This created the picture frame theatre that we still encounter in most of our theatres and opera houses today. Until the 20th century this type of stage remained the standard setting for the illusionistic décor that sets the scene.

For quick scene-changes staggered painted canvas images stretched onto frames with wheels (backdrop, wings and scenery) are placed on the stage and moved when needed (wing-and-border stage); a revolving stage greatly enhances the performance.

Programmatic writings, theatrical works by dedicated architects and avant-garde theatre artists, as well as technical innovations such as the introduction of electrical light in theatres encouraged experiments with the space used as the stage. Friedrich Kiesler’s model for a arena stage, or Hans Fritz’s idea to build an abstract stage set from cubes and other geometric forms are examples of attempts to add a new dimension and give a new direction to the building of theatres and stages.

The selected models on show here not only serve as examples illustrating some of the formal criteria of theatre spaces they also document the different possibilities of how the audience can face the stage. This helps to explain how the type of stage selected changes and affects the type of performance the audience witnesses – from acting on simultaneous stages or the forestage to using the whole space of stage. 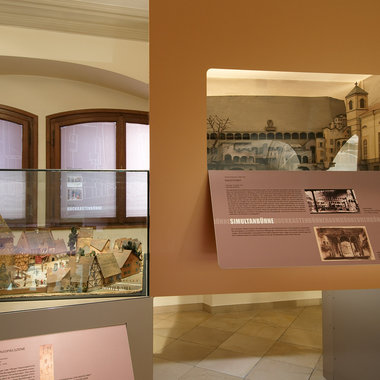 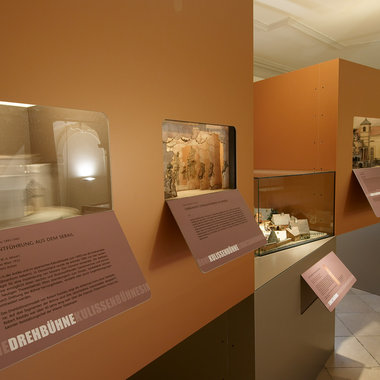