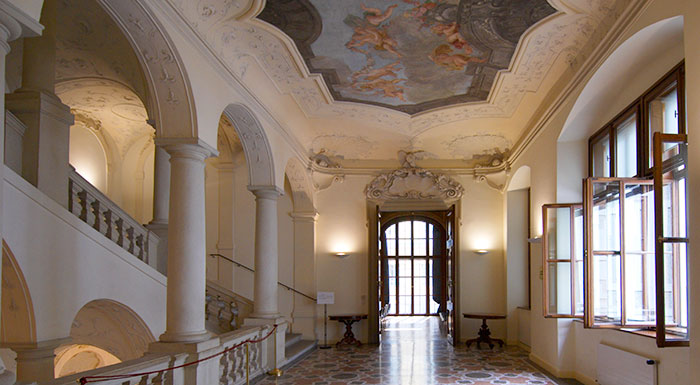 The Lobkowitz Palace was the first important town palace built in Vienna after the second Ottoman siege in 1683. Philipp Sigmund Count of Dietrichstein was the owner, buying several real estates in the area, then used as pig market. After several years of planning, including a proper architectural competition, the imperial court engineer Giovanni Pietro Tencala was commissioned with the design and construction of the palace.

Head of engineering Johann Bernhard Fischer von Erlach designed the prominent central projection (central risalit) with the main portal. The construction was finalized in 1694, several conversions in the following years did not change the architectural basic concept. Around 1730 the festival hall was set up. The proprietors of the palace changed repeatedly until the Princes Lobkowitz bought it in 1745 and owned it till the seventies of the 20th century. Under Prince Franz Joseph Maximilian von Lobkowitz, a big admirer of music and theater, the house had its heydays. He kept his own orchestra, organised concerts and staged music dramatical performances. Last but not least he admired and supported Ludwig van Beethoven, who came regularly to the palace as guest and musician. Since the composer dedicated his 3rd symphony to Prince Lobkowitz, the festival hall was then named „Eroica-Saal“.

Around the middle of the 19th century the Lobkowitz family moved their main principal residence to Raudnitz (Roudnice) in Northern Bohemia and rented out the Viennese Palace. From 1869 till 1909 the French Embassy and from 1919 till 1938 the Czechoslovakian mission were based in the building. In 1939 the palace was converted into the „House of Fashion“, a central information and propaganda office in fashion affairs. After World War II, the damaged building was rented by the French occupying power in 1946, renovated, refurbished and as of 1947 till 1979 it housed the French Cultural Institute. Following this period the palace was bought by the Republic of Austria, and after further renovations the theatrical collection was spun off the association of the Austrian National Library and moved to the 300 year old baroque palace. On 26 October 1991 the Theatermuseum was inaugurated as independent institution. Since 2001 the Theatermuseum is associated with the KHM-Museumsverband.

Between 1724 and 1729 the Eroica Hall received its today’s design. The owner at this time, Gundacker Count of Althan, commissioned the director of the Academy of Fine Arts, the Dutch Jacob van Schuppen, with the figural painting of the festive hall’s ceiling.

The ceiling fresco is to be understood as an allegory on all arts represented by the Academy of Fine Arts. The centre piece shows the Fama-Angel announcing glory, a genius with colour palette and brush is nestling against him. The paintings on the borders show allegories on architecture, landscape design, music and poetry, optics and geography as well as an insight into a painter’s and sculptor’s studio at the academy and their annual award festivities. Probably the aim was to use the hall as ceremonial and festive room of the academy.

In 1745, the Lobkowitz, a very musical and art minded family, took over the palace. Franz Joseph Maximilian Prince Lobkowitz, prominent patron of the Viennese and Bohemian music and theater scene, a musician himself and later also director of the royal theater, set up the festive hall for concerts in 1799. Ludwig van Beethoven, who was a regular guest at the palais and played many concerts in this house, dedicated his Third Symhony, originally titled as „Bonaparte“, to Prince Lobkowitz and since then the festive hall bears the name „Eroica-Hall“. In 1807 Beethoven’s Fourth Symphony premiered at the palace and in December 1812 the actual foundation of the „society of friends of music“ (Gesellschaft der Musikfreunde) took place in the building with the registry of the founding members. Until today the Eroica-Hall preserved its special atmosphere and is the ideal setting for festive events.

The Theatermuseum at the Lobkowitz Palace evolved from the Theater Collection of the Austrian National Library. The collection was founded in 1922 only, however its pre-stages of systematic collecting activities of various theater related objects go back as far as the Baroque era. For instance a compilation of the so called festival literature – richly illustrated accounts of pompous festivities at the stately courts – was presented in the library hall (ceremonial hall), which had been installed in 1726.

At the turn of the 19th/20th century the theater historical research had developed into a new scientific discipline, the apllied theater studies, and Vienna played a leading role in the theatrical-musical exhibition business. Therefore in 1921 it was decided to found a theater collection in the frame of the Austrian National Library and Joseph Gregor (1888-1960), librarian, theater and music scientist was commissioned with the preparatory work for the set up. In the spring of 1922 he curated the exhibition „Comedy“ in the ceremonial hall, where he showed the theatrical inventory of the Austrian National Library. This event made it possible to acquire the largest existing private collection of theatralia of the time, owned by the actor and Burgtheater director Hugo Thimig (1854-1944).

On 7 June 1922 the sales agreement was signed, one year later the ministry of education confirmed the foundation of the collection and the title „Theatersammlung“. The collection was not supposed to concentrate on collecting literary and archive assets only, but to capture the theater in its entire diversity. In 1929 the archive for film theory was set up in order to account for the quick development of film.

In connection with the theater collection thoughts about the possible foundation of a theater museum persisted over decades. In 1931 several rooms at the Burgtheater were provided for a Bundestheater Museum (an association of 4 former court theatres). But already in 1938 it had to be closed down again. Only in 1975 the Austrian Theatermuseum was launched. Its paramount function was to organise exhibitions with the theatrical material of the Austrian National Library. Its premises opposite the State opera very soon became too limited in space. Hence the republic of Austria acquired and renovated the closely situated Lobkowitz Palace. 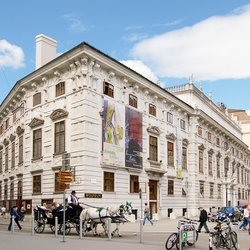 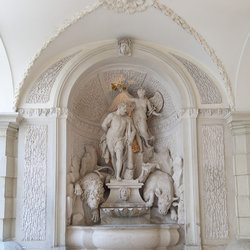 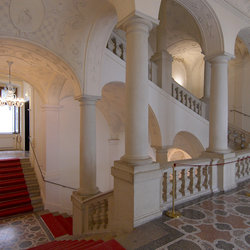 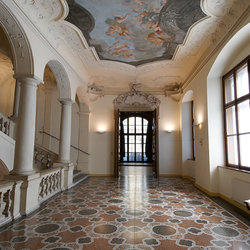 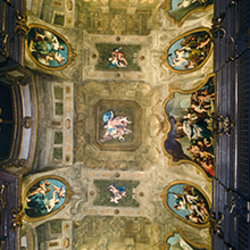 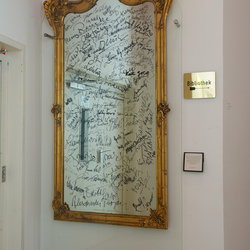 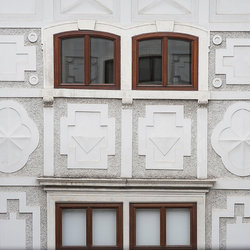 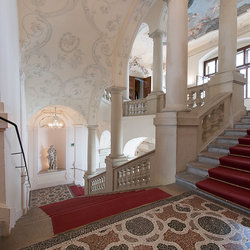 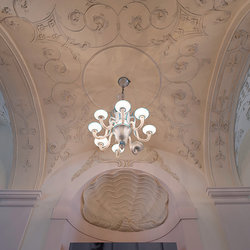